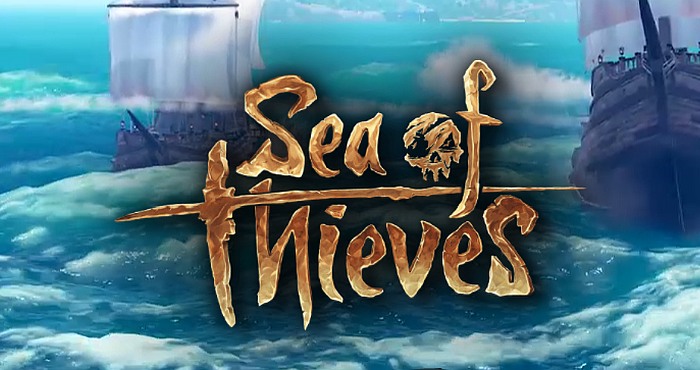 Upon loading the game I was advised to use my microphone to get the best experience, which of course worried me knowing my previous encounters with strangers on Microsoft’s Xbox Live platform had usually devolved in to who did what to my mother!

I was pleasantly surprised when I found a crew of like minded scurvy sea dogs looking to find treasure and share the score.

After christening our ship “The Kraken’s Clunge” we took to sea and began co-operating immediately, we worked in tandem to turn the cog which raised the ships anchor. Someone checked the map below to decide on a destination and shouted ‘HEAD WEST’ and the steerer of our ship, arguably our Captain used his handy compass to navigate in said direction.

Such basic co-operation was thrilling to behold and rather foreign for an Xbox game.

Visually, I was pleasantly surprised from the moment of staring the game, the cartoon like aesthetic does nothing to detract from the impressive fidelity on display here, the sea itself is perfectly done, thrashy and unstable. Perfectly surmising your place as a tiny grain of sand on a beach. Sadly we didn’t encounter any other players so couldn’t try any of the ship on ship combat other than shooting the side mounted cannons for the fun of it.

‘Fun’ is the key word here, in a sea of generic grey action games Sea of Thieves already stands out as a its own entity although not without its foibles.

Sea of Thieves: A Swashbuckling Romp on the Seven Seas

Currently the game is a first person shooter with not much to shoot; each pirate(player) is equipped with a flintlock pistol and a blunderbuss shotgun both requiring a reload after each shot but containing unlimited ammo. The only enemy we encountered on the ten or so islands we visited were gun toting skeletons which had very basic pathfinding and never took more than 2 shots to kill. This was handy as I figured it was so you wouldn’t stray too far from a comrade as they could place the second shot while you reloaded but it just resolved into people shooting them with the pistol first then finishing them with the shotgun or vice versa. The shooting mechanics worked well and although there’s no cross hairs on screen I had no problem acquiring targets. I just feel that for us to be pirates without swords seems like an opportunity lost but then this is an early Alpha build, savvy, hopefully we’ll get skeletons branding cutlass’s for launch.

I’m not sure develops Rare know exactly where they want to take the game but even just this small dipping of toes in the water is proving this could be the sleeper hit of the year and Xbox need a good exclusive!

Keep your eyes peeled for Sea of Thieves launching later in 2017 on Xbox One and Windows 10.