The news of phone catching the fire has reached the officials of Samsung and they have asked the consumers of Galaxy Note 7 to discontinue using it. Samsung Galaxy Note 7 is one of the most expensive lineups by the company. Samsung has asked its users to exchange the phone for their own safety.

The South Korean smartphone manufacturing company has been told to recall their smartphones. The US officials has asked the passengers of the plane to switch off their Galaxy Note 7. The US officials did not even allow the charging of it in the airplane.

Samsung has posted the message on their website to exchange the phone immediately. Samsung claims that they have made the exchange as convenient as possible to facilitate their customers. Samsung has decided to provide new batteries in South Korea from September 19. The dates for other countries have not been scheduled yet. Customers of Samsung Galaxy Note 7 can approach Samsung’s service center to have a phone for the temporary usage. 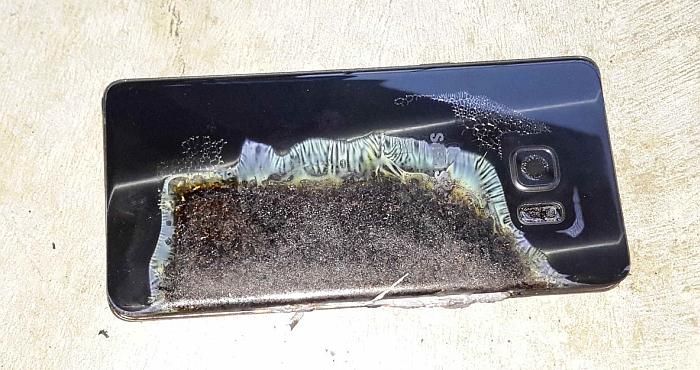 In August, Samsung recalled 2.5 million Galaxy Note 7 when they found that one of their manufacturers of Lithium batteries were manufacturing faulty batteries. US was the first country to take this step to recall the Note 7 phones from the consumers and market. When asked, Samsung informed that they have witnessed 35 cases of Samsung Galaxy Note 7 catching fire. In most of the cases, Samsung phones caught fire when they were being charged.