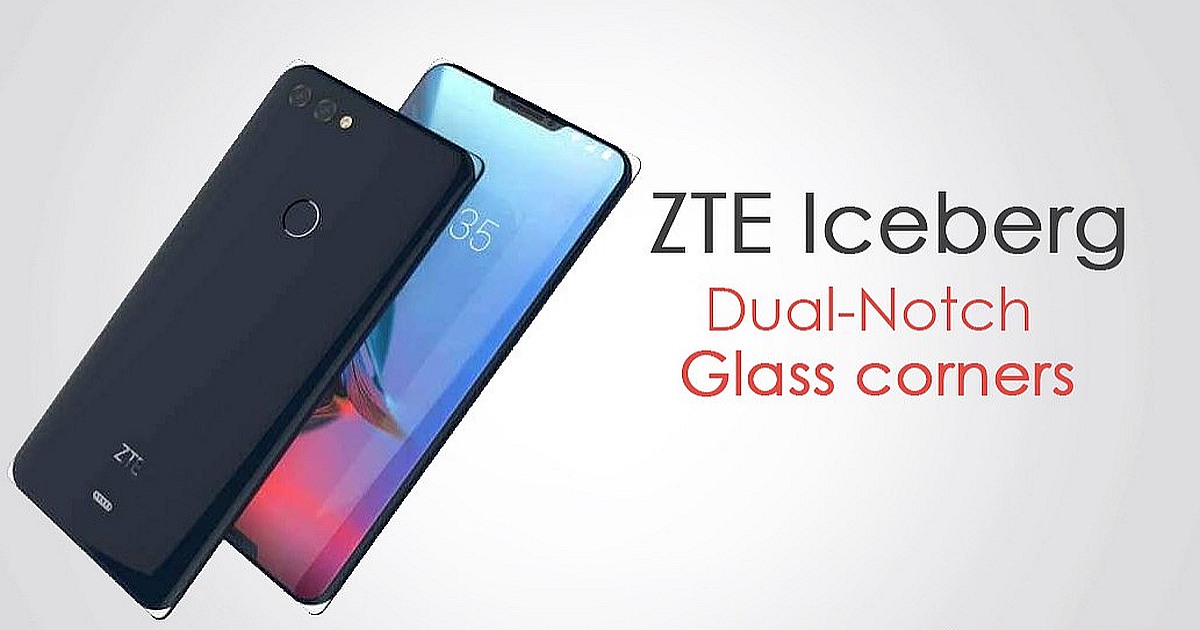 After the recent dilemma of the U.S. banning of the ZTE devices due to some compromises of the user’s privacy status, ZTE is indeed facing very tough times trying to cope with the loss of a main market of its products – the U.S. market; yet, at the same time, the company is trying to carry out other plans that may increase its popularity and influence in other markets. However, the reveal of another notched ZTE smartphone may be the recreation of a new era for the company.

The ZTE company plan to introduce the customers with a new notched smartphone seem to be becoming real very soon. The SIPO in China – State Intellectual Property Office – revealed that the design of the new ZTE product contains a pair of notches. The design sketches of the upcoming ZTE product shows shots of the smartphone from various angles and clearly reveals that the product is designed to be launched with the notch feature.

The yet-to-come ZTE notched smartphone is yet another product by ZTE to have a notch. Apparently, the notch feature have created a lot of positive feedbacks amongst ZTE customers upon the release of the prior ZTE notched smartphone. And as it’s the current trend at the moment, it’s very obvious that ZTE doesn’t mind repeating the same dual-notch experience with its upcoming product.

However, there are definitely some modifications that are going to differentiate the new ZTE notched smartphone from its notched predecessor, the ZTE Iceberg. For instance, the top front part of the new ZTE smartphone is merely embedded with just the front camera; also, the other notched side contains what looks like a fingerprint sensor and the home button. Of course, the notched smartphones are quite more than ever trendy at the moment; yet, there have some disturbances caused by the notch as it may obscure the view of some details near the part where the notch resides whilst running some apps – such as the Instagram Stories. Hopefully, we won’t see such a problem in the new ZTE smartphone.

It’s apparent that ZTE is trying its best to provide the customers with the latest trends, and simultaneously the company has to face some serious security allegations that may risk its status not only in U.S. markets, but in other regions as well. The new ZTE notched smartphone may be a good illustration of the the company’s criteria of following the current smartphones trends; yet, many trends require multiple improvements in order to not carry out previously similar mistakes along the way; plus, the customer would absolutely appreciate some stylishly vintage controls that aren’t completely concealed from the view.