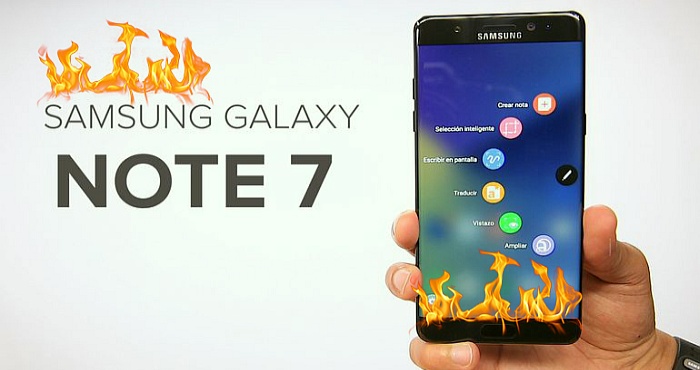 When the guys from Samsung presented their new flagship in August this year, the last thing on their mind was probably inferno that Samsung Galaxy Note 7 is causing them today. The decision to permanently end production was announced on October 11, making a big hole in Samsung’s budget. A 17 billion$ hole!

It was ups & downs for Samsung Galaxy Note 7 in it’s short life. Presented as future muscle and strenght of Galaxy line it was meant to be undisputed king of the hill, but it was going all down from that point for Samsung.

Shortly after it was released rumors of Samsung Galaxy Note 7 battery overheating and exploding spread like wildfire. In early September Samsung makes first recall and 2,5 million units were recalled worldwide. Alltough the update on the software was released, and replacement units started to ship into markets, the damage was already done. As of today Samsung shares fell 8%, biggest crisis to hit them since 2008. But the straw that broke the camel’s back was when Galaxy Note 7 replacement unit caught fire on board Southwest Airlines flight. Samsung said it was adjusting production schedules to take further steps to ensure quality and safety matters. Not long after that, production halted, and users were advised to power off all Samsung Galaxy Note 7 units. Immediately after that announcement was made from Samsung: “We remain committed to working diligently with the appropriate regulatory authorities to take all necessary steps to resolve the situation”. And as if sad story could not get any worse, rumors are saying that the whole Note brand will be soon killed. In the near future makers of Note7 are left to figure out how did they managed to not see the same mistake twice. Wounded giant is in serious crisis, reputation is on the line, competition is getting more and more serious, and with Apple iPhone 7, Lg G5, and HTC 10, main competitors are not kidding around. Note7 will surely remain a stain on Samsung brand, stain that will not go away for a long time.

After all it makes us wonder, what is a premium all about? What are we paying for? Our 1000$ toy will soon after paying become a potentially deadly weapon, and all what we can do after that is to throw it in the trash. In the end Chinese smartphone manufacturers are becoming more and more worthy to consider given the price for value tag that they are carrying.