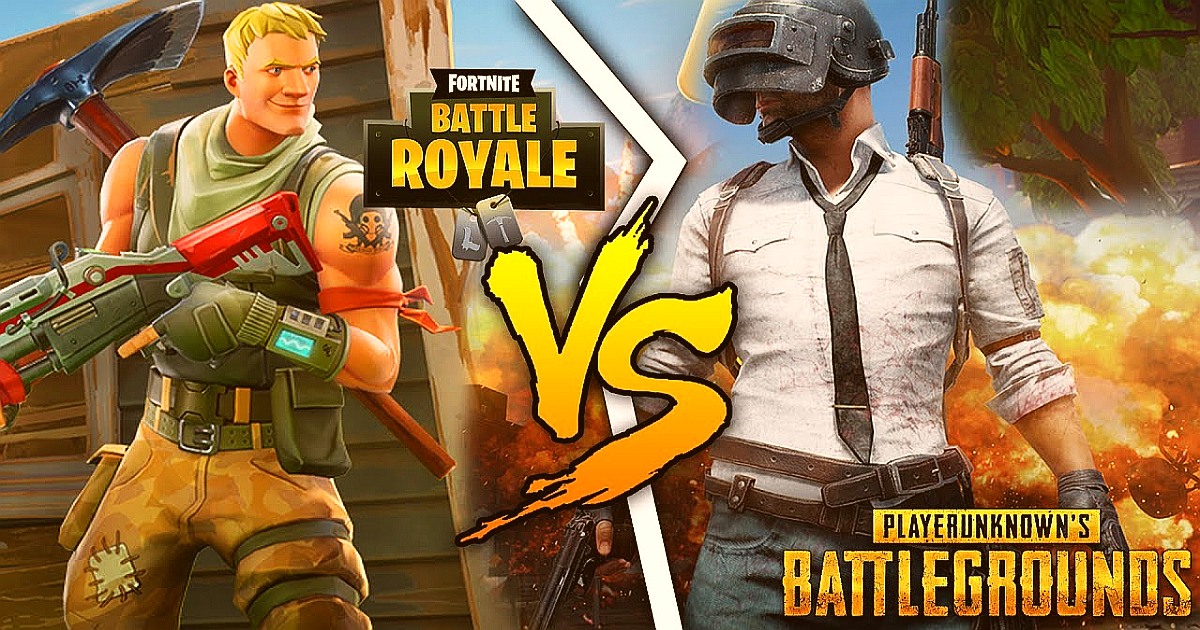 When you are as successful as player unknowns battlegrounds you are bound to inspire some imitators and that’s certainly the case with for tonight Battle Royale Epic Games free-to-play battle royale game with a base building twist. Now recently there has been a lot of talk about whether or not Fortnite are copying the PUBG formula and to be honest with you all it does shamelessly but there are some clear differences which make both games feel quite unique.

So if you are confused about what each game has to offer or want to know which one is best for you to sit back and relax because I’m about to explain the nine big differences between PUBG and Fortnite Battle Royale right.

Now PUBG is available to buy in early access on Steam, at some point in the future though it will be ported to the Xbox one thanks to a partnership with Microsoft it would make sense for PUBG to make the jump to PS4 as well but that day could be a very long time off and no one has ever officially confirmed that this will happen so don’t get your hopes up too soon PlayStation owners. On the flip side of the coin, we have FBR which has just gone free to play on PC PS4 and Xbox One.

There is also a cooperative mode for Fortnite called to save the world but it’s still in early access you need to pay to play it and as far as I can tell no one really cares about it so expect to hear less about that and much more about the battle royale mode especially as it’s currently hot on PUBG’s heels in terms of Twitch viewers.

The look and feel of PUBG is grounded in realism it’s set on an abandoned Crimean, it looks gritty all the guns and vehicles are modeled on or based on real-life counterparts and the character models all look relatively realistic. Even the way they do when you kill them looks authentic not that I’ve ever seen anyone get shot point-blank in the face with a shotgun before and then there’s Fortnite Battle Royale, everything about FBR screams Saturday morning cartoon from the cell-shaded characters, the bright colorful environments to the way the scenery wobbles as it takes damage from gunfire or pickaxes it’s all very whimsical. The player avatars themselves are slightly more exaggerated than the ones in PUBG with more defined muscles or bigger curves and when they die their body is automatically teleported away leaving their murderer with a big glowing pile of loot to pick through.

So there we go those were the major differences between PUBG and FBR whilst I still think PUBG is the better game, the more I play FBR the more I like it especially now I can play on the console with a controller.