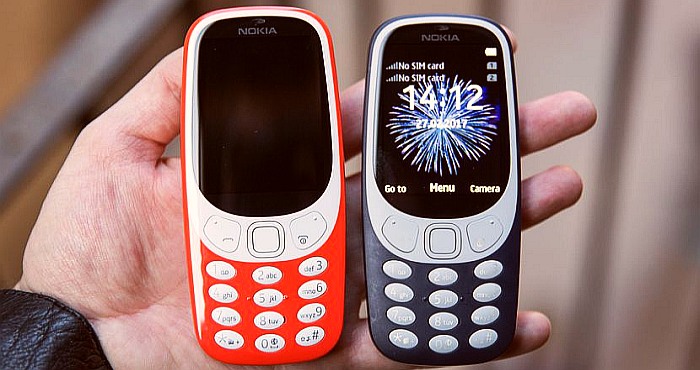 The Nokia 3310 is set to be re-released later this year by Finnish company HMD. Can this updated classic piece of tech cut it in today’s market? Let’s compare it to today’s devices and see if lives up to the hype it’s been gathering.

Originally released in 2000, the Nokia 3310 was today’s iPhone of Samsung Smartphone. Cutting edge, battery life for days and packed with all your Snakey desires, it was the stalwart basis for the phones we use today.

Nearly two decades after its first release the new 3310 has a legacy as well as some smart tech from its competitors to compete with. We all use our phones for most day to day activities, whether that’s taking photos, sending emails, using the calculator, telling the time or your morning alarm. Going back to basics might be a risky move in today’s Smartphone market, however, the current pre-orders say otherwise.

The 3310 is not just a simple re-release of the old model by any means. It has many upgraded and added features. For example, it now has a 2MP camera – a safe and sensible addition. A new version of Snake, oh yes, that’s right. Your favourite pixelated serpentine returns in glorious fashion. But I have saved the best for last – a month battery life! That’s on standby of course. However, I imagine the users of this phone aren’t the kind of people who will drain the battery using the extra features Smartphones provide; otherwise they wouldn’t be buying the 3310. It’s a classic phone for people who want to text message and call, and play snake of course – basically, this one’s for you, Gran.

Let’s compare the 3310 with the iPhone 7. The 3310’s battery is certainly better, that’s for sure. In terms of the WiFi, the 3310 will only have what they’re calling 2.5G, not 3G or 4G and it’s being marketed and sold at around €49. That’s extremely cheap in today’s market and compared to the iPhone 7s €500+ – that’s a huge difference and really makes the device affordable and appealing for anyone who just wants to call and text message family or friends. In general, the 3310 is not for everyone. I like having all the bells and whistles – the extra features, higher quality photos and faster internet connectivity that my iPhone brings.

Demand for the phone is high according to The Carphone Warehouse and I think a lot of what I’ve stated is the reason why. You can see the market is there for this device and you can see people buying it. Heck for €49, it may be worth buying it just to compete in the leaderboards on Snake.

The phone is set to launch in Quarter 2, 2017 and pre-orders are already flying in. In the age of movie remakes, maybe remaking a phone isn’t such a bad idea.