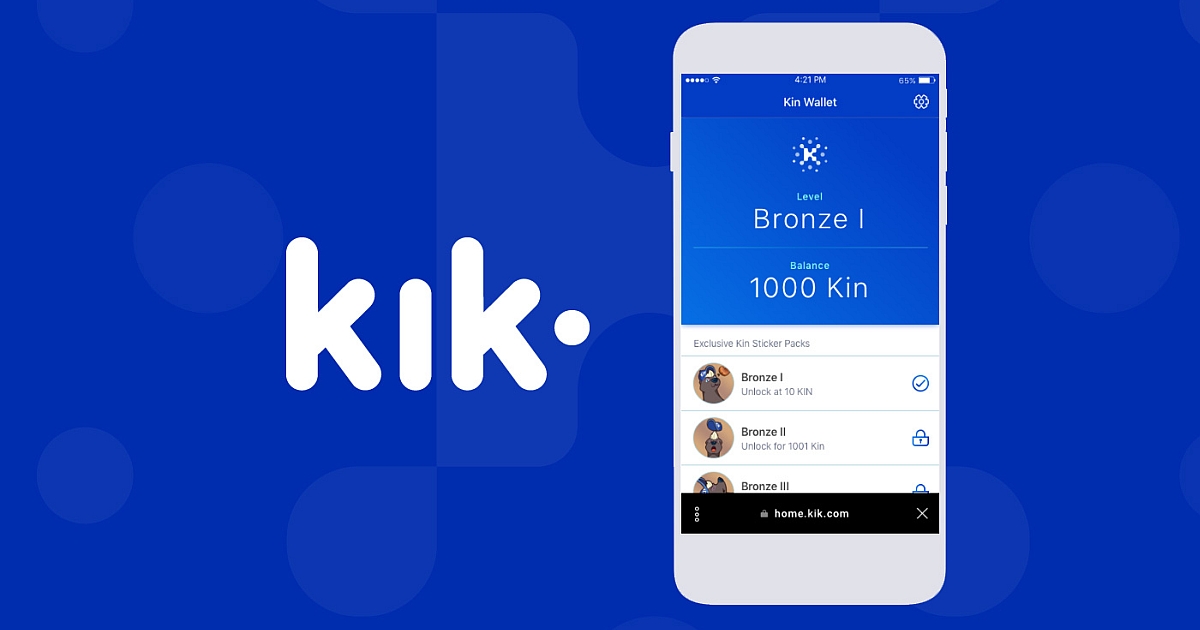 Kik messenger has a brand new token called the “Kin”, short for “kinship”, which is expected to one day become totally independent. For the mean time however, it is used exclusively in Kik’s chat app as a means of bringing cryptocurrency into the life of the everyday, average person.

The vision put forth at this point is one in which shared networks will be used as this new token is adopted by various content providers. Kik has a great deal of clout, as it stands, with regards to the currency’s new goal, as they stand out from their competition.

In fact, Kik is one of the world’s largest chat apps, and repeatedly sees ranking in the top ten, with ease. Millions of users utilize the messenger as well. There has already been an experiment in which “Kik point” an in-app version of currency, was used, which achieved exponential success. They hope to repeat that same success with the introduction of the Kin, and furthermore, creating a certain value that can also be used outside of the platform itself.

One of the user scenarios that looks to be utilized is one in which celebrities would create a closed VIP group, for which admission is charged for access. Kik has shown already, the validation of a group such as this. The integration of the direct payment system, along with the new Kin, looks to create a lot of demand for it. Furthering that demand even further, they expect to create a scenario as well in which premium content could be garnered, such as new videos, images and new music.

Shout-out engagement will also be used to create the power of promotion. The more Kin spent, the more reach the shout-out will have. As a means to push the idea, it has been determined that the user who creates the shout-out will get some of the Kin that they spent, back as a reward. Still simpler is the application of Kin for tipping purposes, inside the app.

Kik would like to see Kin as the centerpiece of a community-wide base of digital services. The first step is for creators to invest completely in Kin management. The “Kin Foundation” will, at some point, take over Kin’s management, creating non-profit organizations of the third-party variety. At that point, the foundation can then promote these tokens to be used in various digital services from many different creators. Every time a service provider is added, the value of the token increases a great deal.