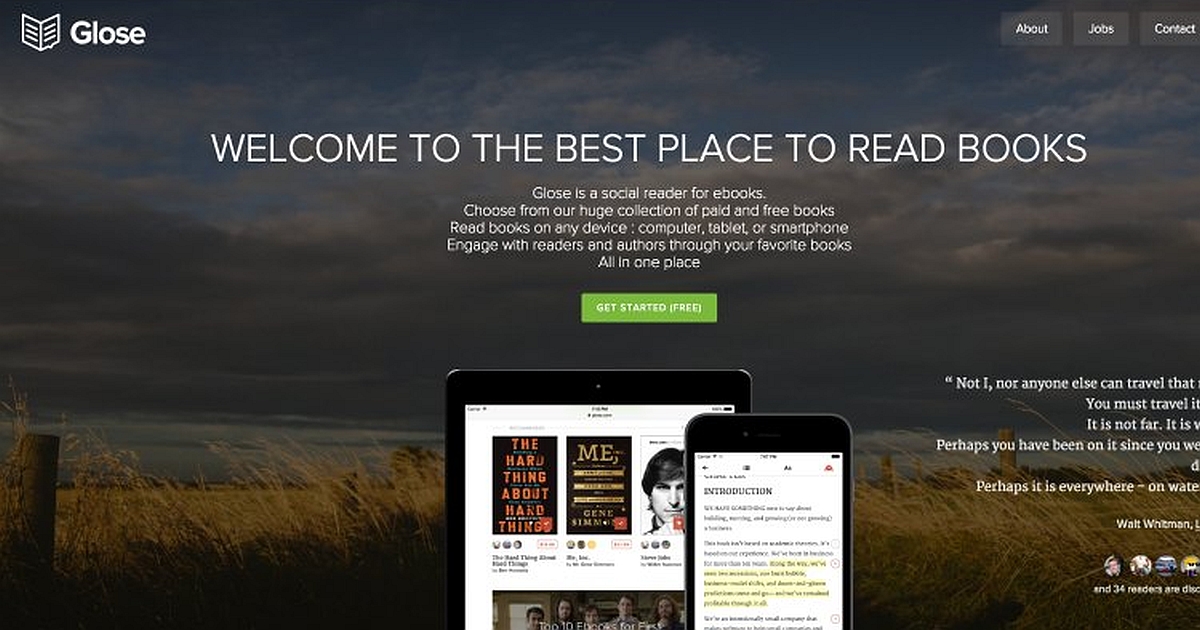 For some time now a new eBook reader has been out. The app is called Glose. This new app kind of allows you to create kind of a book club where you can talk about books that you and your friends have read and share remarkable quotes from the book. You can also take notes and share them with your friends on the app. Since we do not all read the same books at the same time you can get ideas about which books you should read next from the quotes and comments that your friends have posted. According to Glose’s developers they want to build a social network that is based on book reading.

Glose is also an eBook store where you can go to buy books. On the day it was launched it had more than 300,000 books available for its users to buy. The prices are almost the same with the other eBook stores such as Kindle. Also once you buy a book on Glose, you can read the book from any of your devices. When you start using Glose for the first time, it gives you a list of the books that you probably should start with.

Well when it first was launched as it was not compatible with Android but as it continues to grow it has now released an Android version. According to its CEO and co-founder Nicolas Princen they started with four major publishers and today they have 600 publishers. This is one of the reason they felt confident while releasing the Android Version. Unlike in other e-book apps, you get 10% off any book you read. You also get to read excerpts for free and also download them for free. These are some of the features that have been added to Glose that are not in the other apps meaning they boost or increase its usage.

Glose is already being used in universities by professors and students in their studies. Honestly there are so many other benefits but the app developers need to continue doing their best and launching more enticing features if they are to compete with their rivals who have been in the game longer. The fact that it also acts as a social network is not only an advantage to the developers but also to the writers as the more their books are discussed the more they are marketed. Also these writer gets to learn about some their mistakes through the networking part of the app’s services.