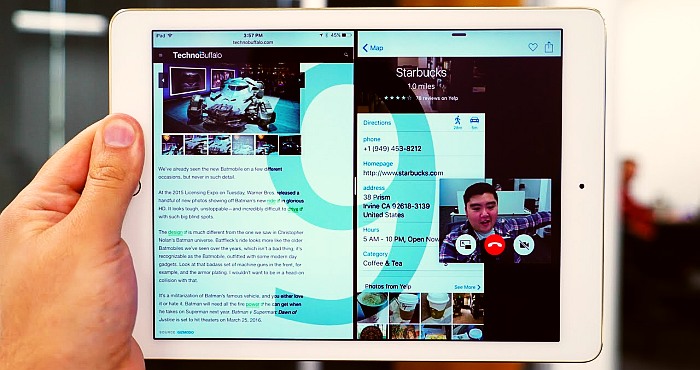 Are you wondering on how to use the Split View/Screen in iOS 9? Then you are on the right page. During the launching of iOS 9, in the past of this summer, among the significant changes that the Apple Company brought with this operating system was the high capabilities of multitasking.

Although most of the die-hard iPhone users were disappointed to learn that Picture in Picture and Split Screen were only limited to the latest iPad devices, we can’t deny that the new multitasking capabilities feel like ecstasy to the owners of these devices. This is more so to the users who want to get lots of productivity on the work done from their devices.

Despite the fact that Apple calls it Split Screen/View, this might just be a marketing term that is being used by the company in defining what is typically referred to as split screen feature. Consider employing the following steps when using the Split View feature:

Most of the inbuilt iPad apps will offer you with the support for this multitasking capability. This is also the same for Excel and Word (which are two of the most popular apps among iPad owners that are productivity minded). Unluckily, you will have to try most of the apps individually as there is no way that you can tell the apps that are supported and the once that aren’t.

By so doing, you will be opening a secondary app in the right hand portion of the screen.

For you to select an app that will go on the new window, you should consider swiping down right from the top side of the secondary app. There will be a list of apps that are compatible that will be revealed to you. Proceed by choosing the one that you are looking forward to opening.

This far, the apps will be open on the screen, you can proceed by manually adjusting the divider that is between them.

It is important to note that the iOS 9 split feature has been currently limited to the iPad Pro, iPad mini 4, and Apple iPad Air 2. By now you should be competently able to maneuver the iOS 9 split screen multitasking capabilities.