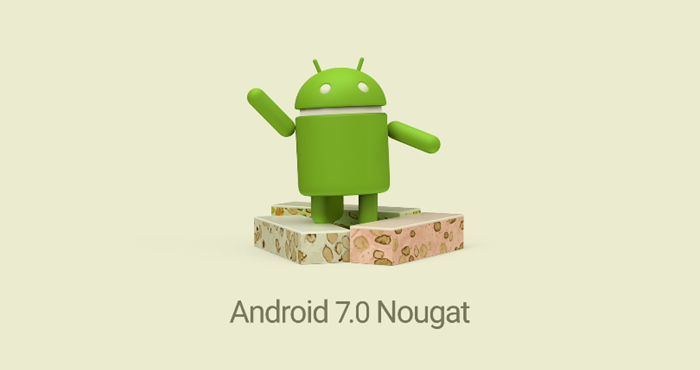 Recent news that came out revealed that much earlier than envisaged, the final version 5 of Android Nougat preview will start rolling out to users, and it is like just a step nearer its full launch. It was announced by Google that this new development is now being launched to the beta testers and has established that this particular release will be the final preview version of the software.

Nevertheless, it is difficult to say what will really be the difference, because Google has not yet released an appropriate change log for this final version of the Android Nougat Developer Preview, despite the fact that Google highlighted and listed the identified issues with the most recent update.

Yes, the update undoubtedly brings a lot of improvements and bug fixes, therefore hoping that Google will squash more bugs than it introduced. One thing for sure is that developers can continue updating app to make everything works as the edition 4 of Android N Developer Preview already incorporated the final APIs.

It is also noteworthy that this new edition of Android will replace Marshmallow that was released in October. Among all the names submitted for review and approval in the Google first-ever naming poll, Nougat was selected after users submitted their suggestions like Neyyappam, Nectar, Nachos and Nougat.

On the other hand, Google has always revealed that it is planning to launch the Android N full version in Q3, and this could be any moment between now and September ending. Still, that launch would simply be for supported Nexus gadgets, and then be a race for manufacturers to get a hold of their updates and set to roll.

Consequently, Android Nougat is ready to bring new developments for battery life and memory, including changes planned to make it convenient for all Android users to manage their secondary devices, passwords and accounts.

Developers will now have the opportunity of testing the preview edition of Android Nougat on the most up-to-date Google Android devices, such as Nexus 5X, Nexus 6P, Nexus 6, Nexus 9 and Pixel C. Furthermore, the launch will run on General Mobile 4G devices running the Android One OS from Google.