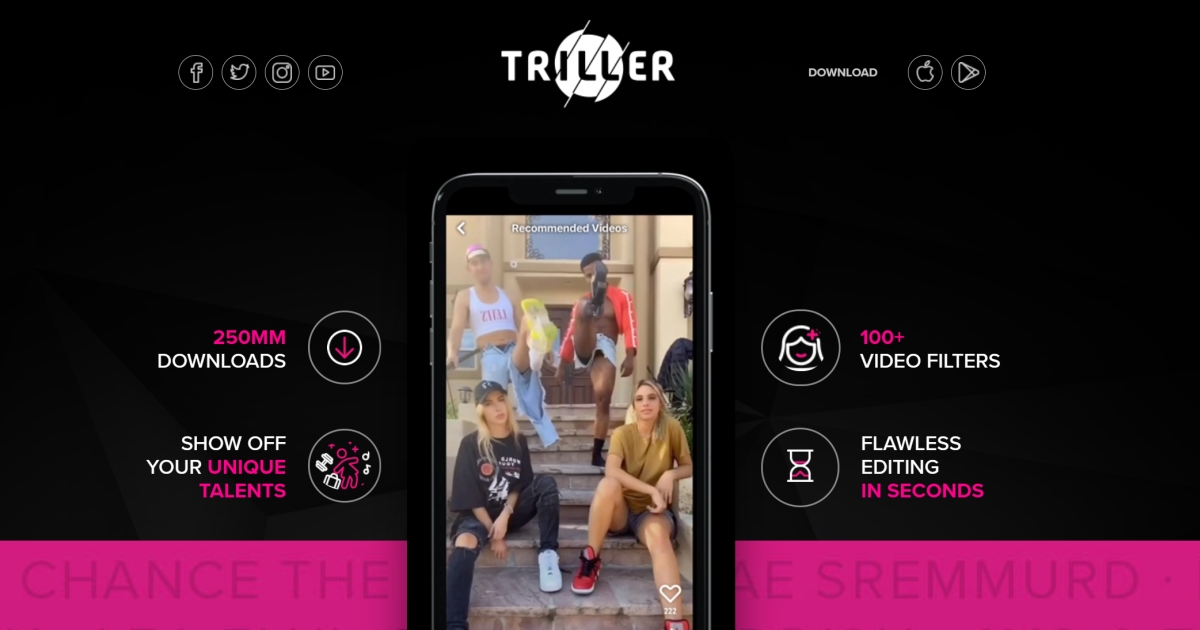 Tired of Tik Tok, download Triller for Android and iPhone Application. The past couple of years have witnessed the rise and shine of short videos apps and platforms that offer loads of social media and musical features and functions managing to successfully attract millions and millions of users from around the world especially from the younger generations.

TikTok is evidently the most popular short videos app at the moment with hundreds of millions of active users per month. But unfortunately there some major problems with TikTok currently that are allowing other alternatives to come forward and present a new social media experience to the regular user. Rising apps such as Dubsmash and Triller are now witnessing a palpable surge in the number of monthly downloads, which will consequently prompt them to enhance and upgrade their platforms.

Triller is The Mature Alternative to TikTok

On the one hand, Dubsmash has recently promised to bring about a diverse and secure online experience to all users; TikTok is reported to face an imminent ban in the US very soon which will leave about one hundred million users looking for another, similar app. And that’s where apps like Triller and Dubsmash will be given the opportunity to thrive and dominate the scene! Triller on the other hand is another social media app that’s been around for quite some time now. The Triller app was launched back in 2015 and it’s somehow described as the more mature version of TikTok. Triller is essentially an app for all types of users and from all age groups; it refuses to be compared to the famous TikTok that’s dominated by the presence of teenagers and very young influencers.

Triller is based in the US and is used and promoted by many famous people – such as Lil Wayne, Snoop Dogg and others; the fact that Triller is based in America will be allowing the app to dominate the scene if TikTok is banned in the States anytime soon. The available alternatives to TikTok will be seizing the opportunity to attract more new users by focusing on avoiding the problems facing TikTok – mainly online privacy compromising. Thankfully Triller is already seeing an increase in the number of monthly downloads. The app was downloaded 35 million times in the last few weeks which is obviously a massive victory for Triller that has been around even before TikTok debuted.

The co-owner of Triller revealed that more enhancements will be unveiled soon; developers have been working hard to present some awesome and highly functional camera features that’ll definitely amp up the online experience of Triller this year. A spokesperson added that Triller has been downloaded over 250 million times from all around the world and the number of active users has increased rapidly to reach 65 million users, and it’s likely to increase even further in the coming weeks.