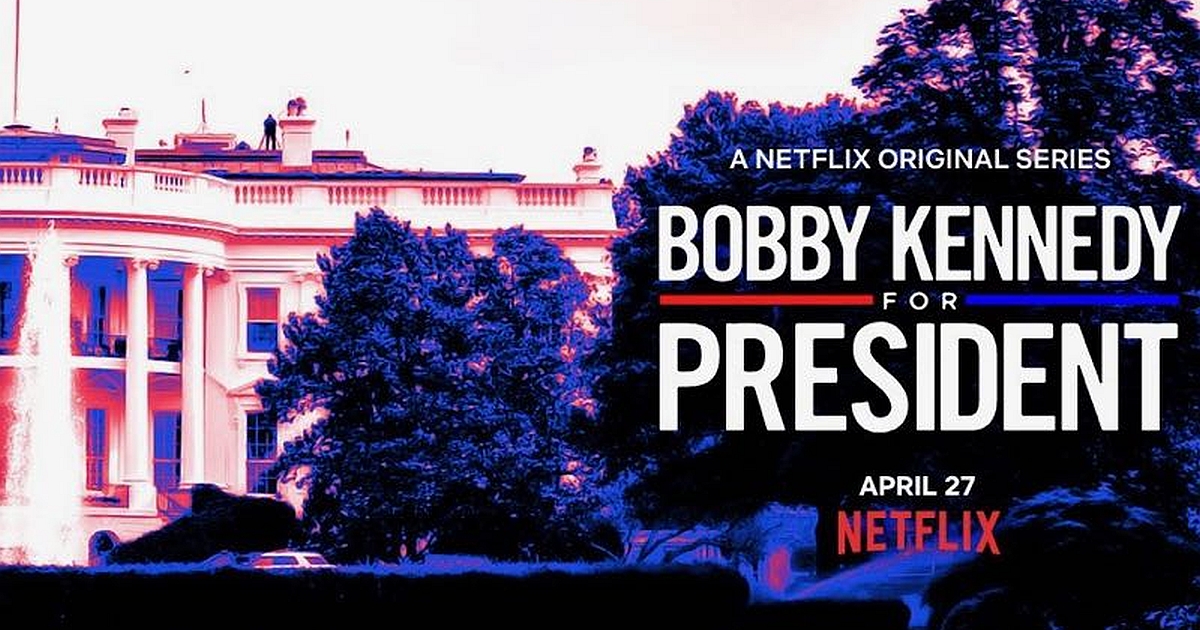 Bobby Kennedy For President is a four hour long documentary series by Dawn Porter, who also did Gideon’s Army and Trapped, and Netflix has just acquired it. This series will mark the official 50th anniversary  of the 83-day run for president that Bobby tried for, and will see a global Netflix release date of April 27, 2018. Kennedy’s presidential run began, officially, on March 16, 1968 and ended only three short months later, when he was assassinated.

Porter directed this four part series in which archival footage that is rare and has never before been seen. Some of the things included in this footage are interviews with both staffers and confidantes of Bobby Kennedy. Some of the people making an appearance in the film include Peter Edelman, Marian Wright Edelman, William Arnone, Franklin A. Thomas, Paul Schrade, Ambassador William Vanden Heuvel, Dolores Huerta, Representative Neil Gallagher, Representative John Lewis, and Harry Belafonte.

Porter reveals, in the series both the gains and losses for America in the overall life, politics, vision and ensuing legacy that was Bobby Kennedy. Details are included are Kennedy’s move from a leader sworn by law and order to one who leaned towards social justice of a progressive nature as well as civil rights crusading. Kennedy was assassinated at the age of 42 on June 6, 1968 at the Los Angeles’ Ambassador Hotel.

During his short political career, Bobby Kennedy was the United States Attorney General while under the administration of John F. Kennedy, his brother, who was assassinated in 1963. Bobby was also a United States senator representing the state of New York, shortly before his assassination.

In 2015, Porter was originally asked to direct a documentary about Sirhan, Kennedy’s assassin. However, in the midst of her research for the project, Porter began to discover the fascinating aspect of Kennedy’s own life, and became quite intrigued at the idea of sharing these findings with the rest of the world.

Porter stated, “There is so much to his career and life that isn’t talked about. Also there’s really not a soup-to-nuts Bobby Kennedy piece. There is a lot on his death, but I didn’t want to just focus on his death because so often when we talk about Bobby Kennedy we focus on the assassination or we focus on his relationship with JFK. This series is about a story that you think you know, but you don’t really know.